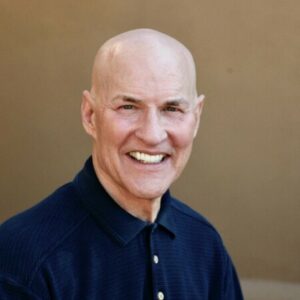 One 7” dia foam ball that bounces per student

1. Rolling and Bowling Skills – Practice rolling and bowling at a wall or fence

2. Controlled Rolling and Handling in Place

See it in action!

This video was recorded in a PE class before COVID-19. Some activities may need to be altered to follow safe physical distancing guidelines.

Dr. Robert Pangrazi is a Professor Emeritus at Arizona State University and an Educational Consultant for Gopher Sport. Dr. Pangrazi has been in the education field over 50 years. He began his career as a 5th grade teacher and was an ASU professor of physical education for 32 years. Pangrazi has published over 60 textbooks and 100 research and professional articles. He has been an invited speaker at nearly 500 national and international conferences.